This article is also available as a

The official history states that William the Conqueror built the first castle at Windsor – but why there and why call it Windsor?

For some reason, the official accounts offer no explanation for where the name Windsor comes from apart from it being near Windsor Forest – which is no explanation at all as the forest is named for the castle.

The central feature of Windsor Castle is a man-made mound/hill that forms the site for the Keep or “Round Tower” – or “Round table tower” as it is also known.  This is the key feature of the castle complex and the first part to be built.  After the building, the early Norman kings preferred to live in the nearby Saxon palace and not in the castle which is in itself is significant for the mound not being a palace or residence at this stage – but something else. 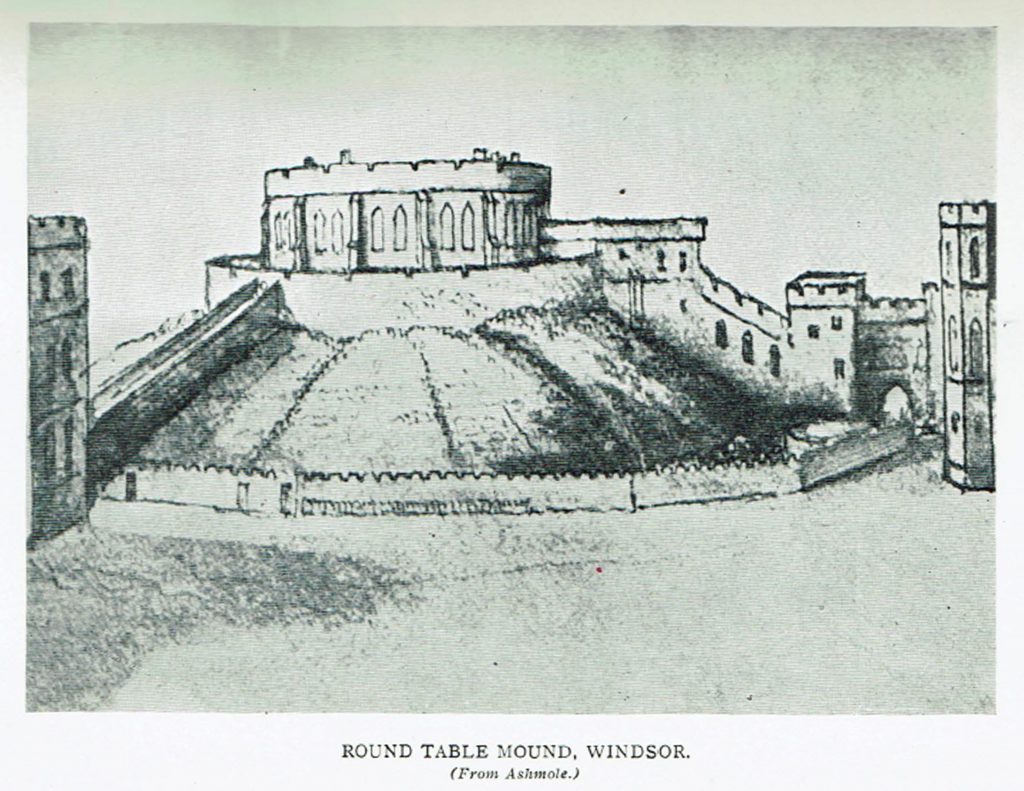 The  artificial mound was built and in regular use  long before the Normans set foot on British soil and was one of the great national ‘Gorsedds’ – which were ‘high places of worship’.

‘Gorsedd’ comes from the Welsh words ‘Gor’ signifying superior, uppermost or supreme and ‘Sedd’ as in seat.  As we will see, the Gorsedd at Windsor has had royal connections since well before the arrival of the Normans … or the Saxons.

The term Gorsedd is also applied to the assemblies held either on or around the mound, or within a stone circle, the remains of which circles are often found near the mounds.  Gorsedds are found the length and breadth of Britain from Stenness in Orkney down to Stanton Drew in Somerset and right down to the tip of Cornwall – there are also a number of significant ones forming major landmarks in London – such as parliament hill which have early gorsedd roots and names deriving from old Welsh. 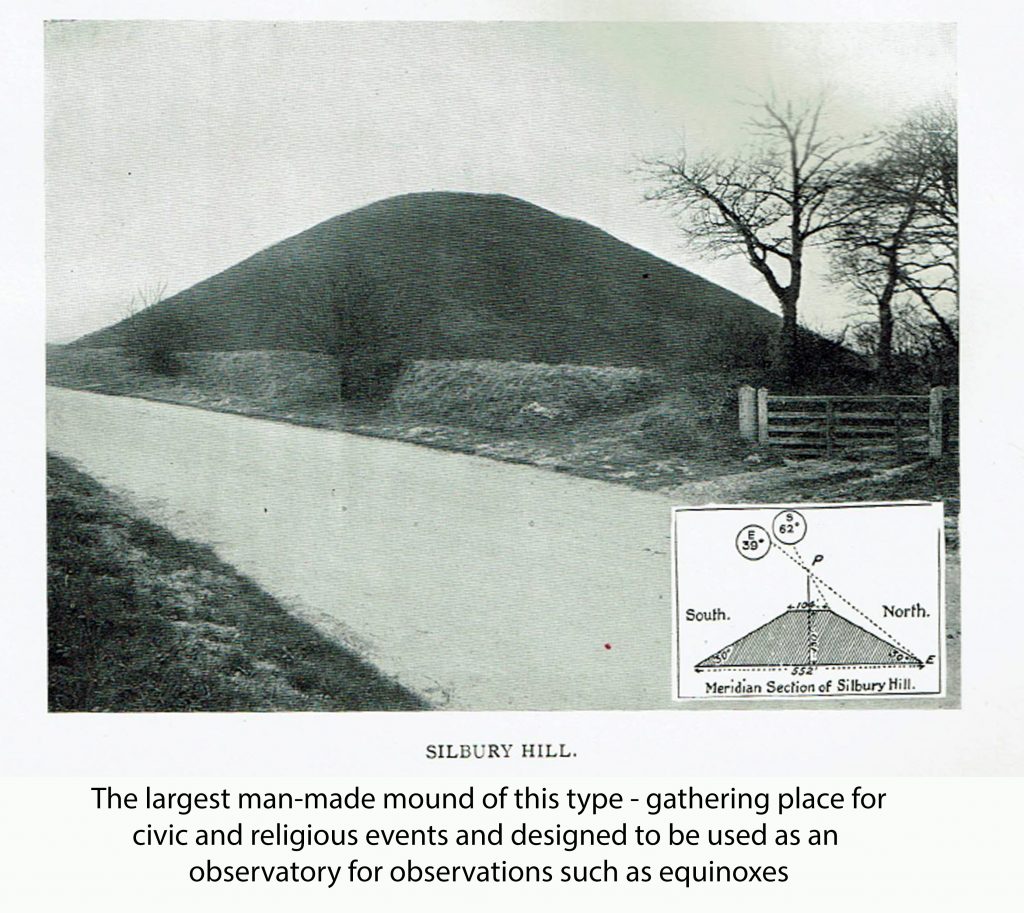 The castle’s name itself gives evidence to support this with the Welsh derivation of the name Windsor being Win-de-Sieur meaning ‘ the white (or holy) mound of the Sieur or Lord.’

It has literally fulfilled its ancient British title as ‘great seat or throne of the monarch’ with it being a Royal site to this day.

Windsor castle also demonstrates connections with another part of ‘Britain’s Hidden History’ in that the central mound is also known as ‘The round table mound’ where Royal sources claim that Christian and Druidic ideals were  brought together under the rule of the British/Welsh King Arthur of the 6th Century AD.  Arthur II is said to have restructured the Druidic faith to make it more compatible with Christianity and unite his peoples.

There are also the famous Round Table assemblies held in London, Winchester and Camelot (Caerleon) with Mallory writing that the King’s favourite was Windsor Table Mound–

‘Edward, King of England at this time, resolved to re-build the great castle of Windsor, formerly built and founded by King Arthur; and where first was set up and established the noble Round Table, from which so many valiant men have issued forth to perform feats of arms and prowess throughout the world.’  – Froissant’s Chonicles – 14th Century.

Froissant also recorded how Edward III used this history of independent Christian history in Britain as a basis of the claim for independence from the Roman Catholic Church.   It may have been the precedence of Arthur having set up a Christian Church before the arrival of the Roman Catholic Church that lead to Edward successfully receiving a papal Bull in 1348 from Pope Clement VI declaring the Chapel of St. George (at Windsor) as being a free chapel – outside papal jurisdiction.

It was Henry Tudor’s boast that he was descended from the British Kings Arthur and Cadwaller and there is a vivid example of this in Henry VII’s chapel in Westimster Abbey, where the emblems of the House of Lancaster and the ‘The Dragon of the great Pendragonship of Wales’ can be seen together.

It also interesting that Britain is the only place in Western Europe where these religiously based mounds are seen in such numbers.  However, mounds and hill-tops were a very significant part of the Judaic religion – ‘The sermon on the mount’, Sinai of the new law etc and the ‘The Mound of congregation’ (Isiah 9-9) is said to have been of the same type as the British mounds of assembly.

This could be more evidence pointing towards a pre-Christian era migration of people from the middle-east to Britain.

Thinking of names it is an interesting twist of history that due to the growing resentment towards all things German before World War the current English Royal family opted to drop their family name of Saxe-Coburg-Gothe and replace it with the more English sounding Windsor after the castle.

It would be interesting to know if they are aware that their new name is Welsh!

General theme and content of the piece from ‘Prehistoric London’ – E.O. Gordon 1925